Who are these guys?

These young talented artists are playing many shows across the greater Boston area and have been featured on FM Radio 92.5 The River's Homegrown Artists Series, as well as North Shore 104.9FM. Some of their favorite shows include headlining City Winery (Boston, MA) The Middle East Downstairs (Cambridge, MA), Sonia (Cambridge, MA), as well as multiple Sofar Sounds performances in downtown Boston.

They recorded their first EP, "Way Back When" at Ugly Duck Studios in the summer of 2017. They've since released 6 singles, recorded at Ghost Hit Records in Springfield MA and their home studio in East Boston - garnering over 600K streams on Spotify. They're headed to Nashville this summer to record their sophomore effort!

Come see us live at the Haymarket Lounge at City Winery Boston! 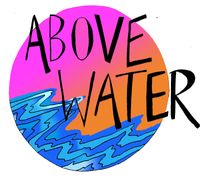 Above Water @ Sonia - The Middle East

We will be headlining the Sonia stage at The Middle East on Friday, June 28th. Opening acts KEYON, The Franklin Underground and Instant Shawarma will also be playing. Tickets $12 before / $15 day of show. 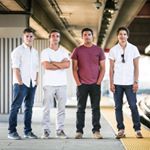